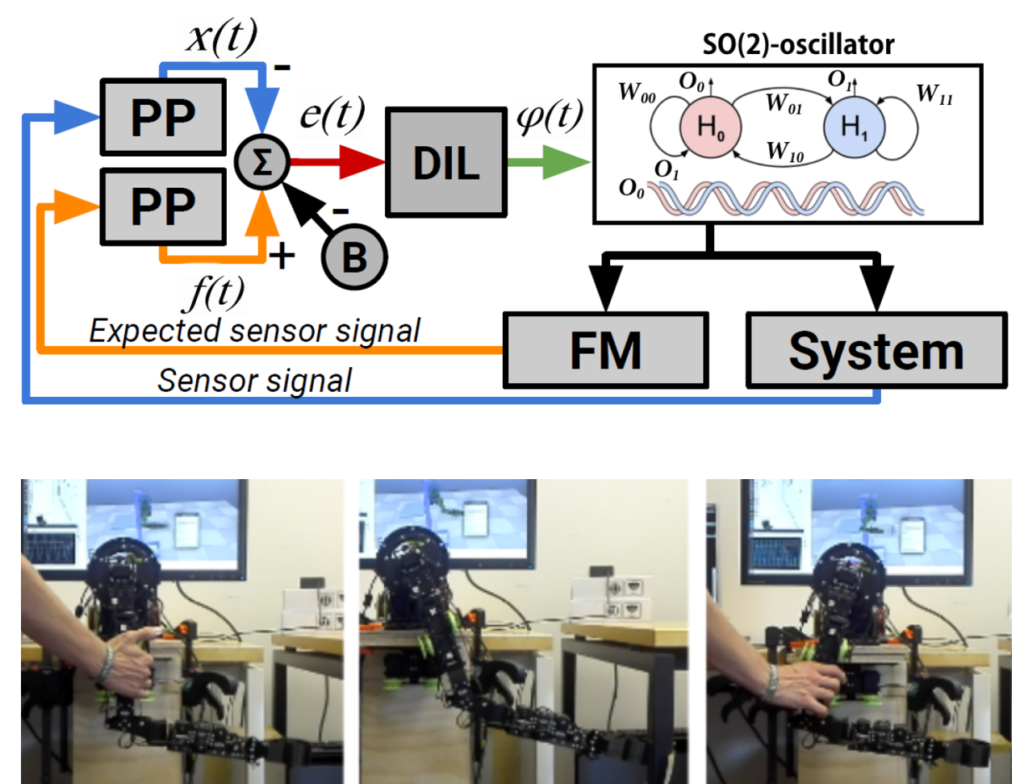 We propose an adaptive and simple neural control approach for GummiArm. The control approach is based on a minimal two-neuron oscillator network (acting as a central pattern generator) and an error-based dual integral learning (DIL) method for efficient rhythmic movement generation and frequency adaptation, respectively. By using this approach, we can precisely generate rhythmic end-effector movement for GummiArm
and allow it to quickly adapt its rhythmic motion to handle physical and environmental changes as well as interacting with a human safely. For more details, see Degroote et al., ICONIP, 2020. 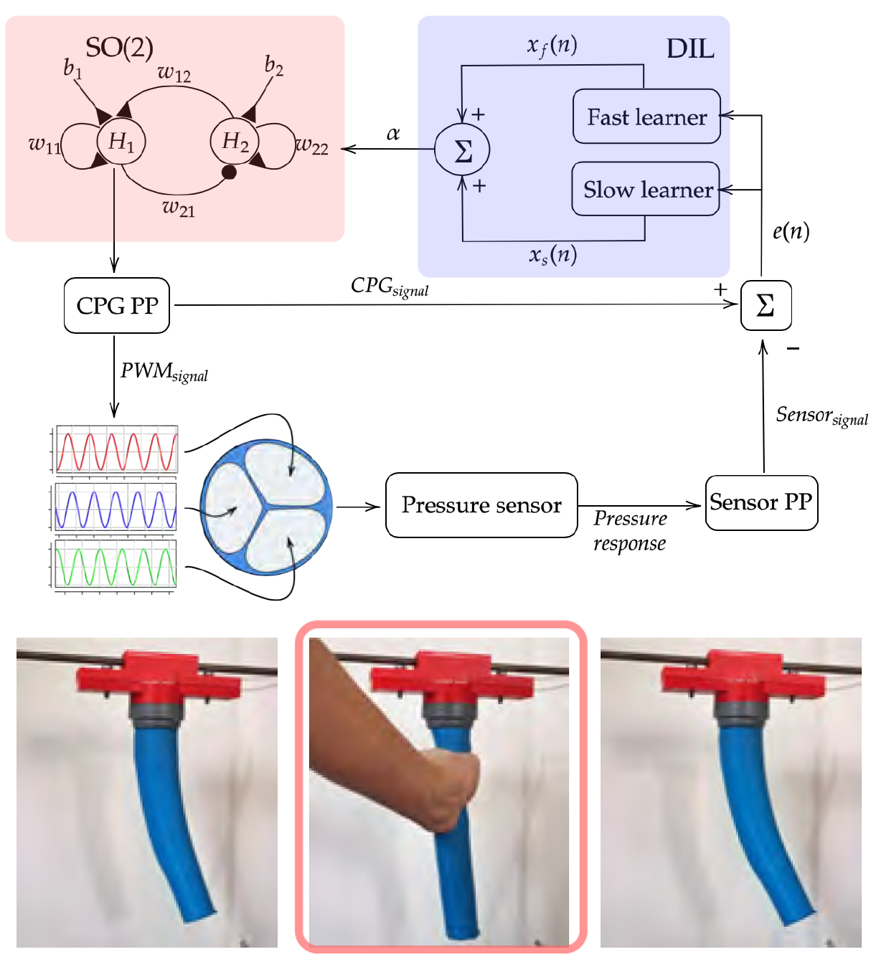 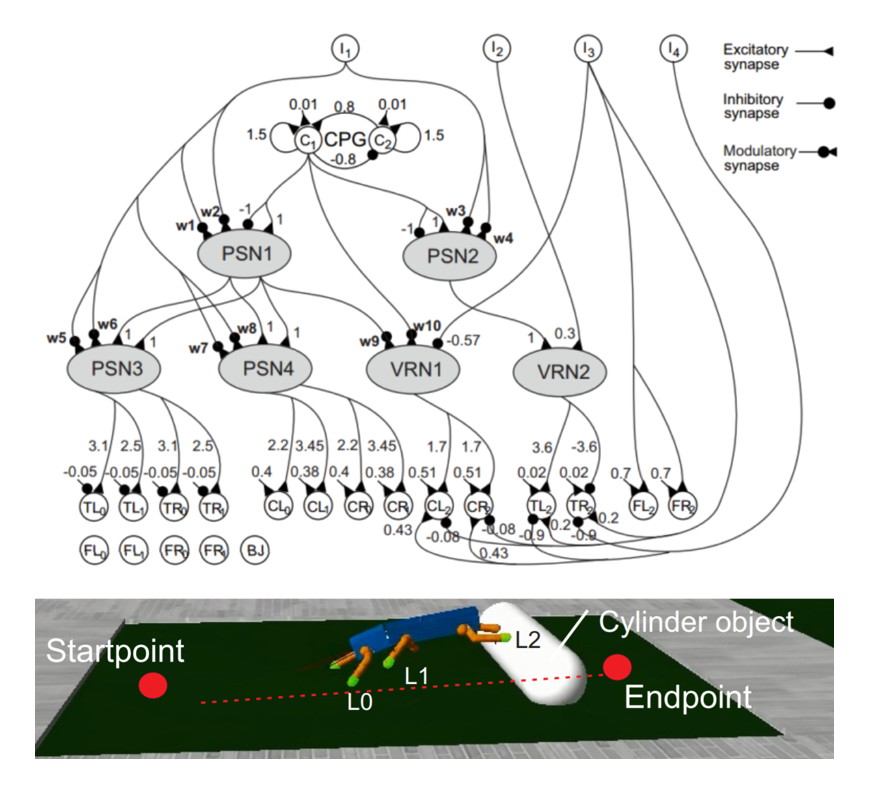 We develop modular neural control for bio-inspired object manipulation of a hexapod robot. The controller utilizes discrete-time neurodynamics and consists of seven modules based on three generic neural networks. One is a neural oscillator network serving as a central pattern generator (CPG) which generates basic rhythmic patterns. The other two networks are so-called velocity regulating and phase switching networks. They are used for regulating the rhythmic patterns and changing their phase. A combination of these modules enables the hexapod robot to walk and climb a cylinder object, generates different hind leg movements to manipulate the object (i.e., pushing and rolling) and transport it. For more details, see Sørensen and Manoonpong, SAB, 2016.